If your home is damaged in a flood, are you covered?

That depends on the value of your home, the level of water damage and whether you have flood insurance.

Regular homeowners insurance policies don’t cover flood water damage. And policies through the National Flood Insurance Program top out at $350,000 for your home and goods. So you may need supplemental coverage if your home and possessions total more than that.

But, while people tend to associate floods with a total loss, the average flood claim for U.S. homeowners is about $30,000, according to the National Flood Insurance Program.

Here are six myths that persist about flood insurance — and the truth you need to know.

Myth: You must live in a flood plain 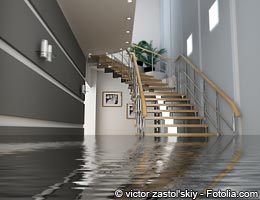 Not true. If you live in a flood plain, your mortgage company will likely require you to buy flood insurance. But you can purchase it even if you don’t live within a flood zone.

“Almost anybody can get flood insurance who wants flood insurance,” says Chris Hackett, director of personal lines for the Property Casualty Insurers Association of America. It’s cheaper if you don’t live inside a flood plain.

The price of insurance through the federal flood insurance program is based on standardized rates and depends on the home’s value and whether or not it’s in a flood plain, says Don Griffin, vice president of personal lines for the Property Casualty Insurers Association of America.

The average price for flood insurance is about $600 annually, Hackett says.

If you rent your home or live in a condo, you can buy flood insurance for just your possessions, says Griffin.

If you want flood insurance, it pays to think ahead. There is a 30-day waiting period between when you buy the coverage and when it kicks in, he says. 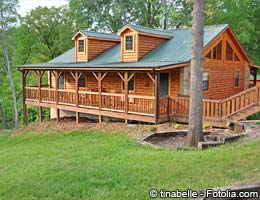 Merle Scheiber’s dream home wasn’t in a flood plain, and he didn’t have flood insurance.

“I’m in the process of tearing it apart myself and putting it back together,” says Scheiber, who is also the director of insurance for South Dakota.

He advocates that homeowners — even those who do not live in designated flood plains — weigh the dangers and their options and seriously consider buying flood insurance.

“You need to assess your risk,” Scheiber says. Griffin says 1 in 4 flood claims is for a home that isn’t in a flood plain. 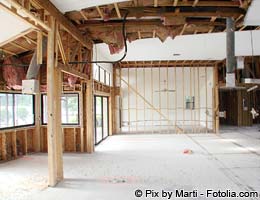 Not necessarily. When it comes to the physical structure of your house, federal flood insurance policies top out at $250,000, Hackett says. If you have a $300,000 house that’s a total loss because of a flood, the most you can recoup through the program is $250,000 to cover the structure itself.

For your personal possessions, the cap is $100,000 under the federal program.

And those limits are “definitely something you should keep in mind before purchasing a high-value home in an area that’s susceptible to flooding,” Hackett says.

If you already have insurance through the federal program, then you can buy “excess flood insurance” through a private carrier that would cover claims above the national limits, Griffin says. In essence, it’s a flood policy with a $250,000 deductible, he says.

While federal flood insurance pays to rebuild the structure, it only pays current value on possessions, Griffin says. It doesn’t cover anything in a basement (other than your heating and air-conditioning system). It doesn’t cover living expenses if you have to relocate while your home is being repaired, he says.

The standard homeowners policy doesn’t cover earthquakes or floods. So a homeowner wanting coverage for either of those disasters will need to pick up separate, specific policies against those types of disasters.

“Realize that, for most people, their homes are one of their most valuable possessions,” says Hackett. “It’s worth protecting that.” 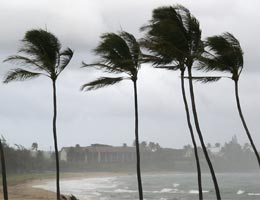 When it comes to your insurance, not all water damage is the same.

If there’s a storm and your “roof comes off and water comes through, that would be covered under your homeowners policy,” Hackett says. “Versus a flood situation where the riverbank overflows and you look out of the front of your house and you need a boat to get from point A to point B.”

And most consumers “have a pretty good understanding” of how to draw the line between storm damage and flood damage, says Hackett.

Some homeowners policies offer an optional “water-backup endorsement” that covers damage from water backing up into your home from causes such as a broken sump pump, he says. 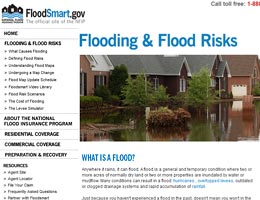 Flood plains (and flood plain maps) change and evolve. Just because you weren’t in a flood plain when you bought your home a few years ago doesn’t mean you’re not in one now.

There are a few ways you can find out about your flood risks and if you may be in a flood plain.

And get a second opinion from a different agent, he says.

“Agents have different levels of sophistication with regard to this product,” says Griffin. “You get a different answer sometimes. So you make a couple of checks to make sure you’re protecting yourself.”