It’s Time to Get Real About Flood Insurance

You’re in denial about Flood Insurance.

There, I said it.  Flood insurance is the most overlooked policy for homeowners in the entire country.  It is the biggest gap in coverage that we deal with on a daily basis, and could easily be resolved with one simple, affordable, government-backed policy.  So why?  Why don’t more people have flood insurance?

The answer is that we really are in denial.  We have told ourselves that flooding is something we will never deal with, or that if we do have a substantial amount of water creep into our homes that our homeowners policy will cover it.

Neither are true.  So let’s take off the blindfolds and get into the realities of flood insurance in the modern world.  Because this is not just a problem for people near the coast. 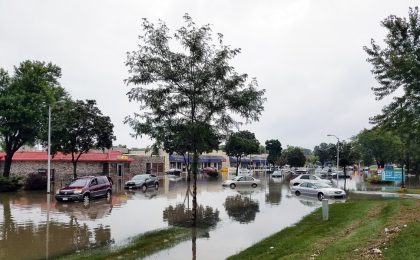 Flooding is common – and becoming more so.

For those of us on the East Coast, we have seen over and over how hurricane damage is not limited to the coastline but can extend hundreds of miles inland, with flooding of roads, houses, and cars becoming a common occurrence.  Not only that, but secondary issues caused by flooding, such as power outages and accidents, increase as well.  But it doesn’t take a hurricane to cause a flood.  We have all seen how rainy it has been the last few years, and with warmer oceans, increased rainfall and stormy weather look to be the new normal rather than an abnormality. 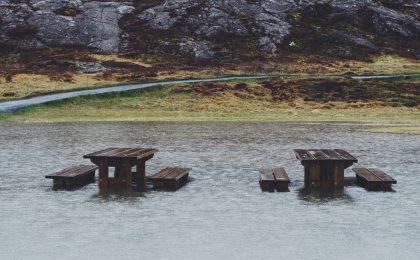 Far too few of us have Flood insurance.

Only about 10% of North Carolinian’s have flood insurance.  That statistic plummets the farther away one gets from the coast.  All of this despite the fact that North Carolina is one of the most likely states to be hit by a hurricane, and that it receives more flood claims that most other states.  And, as we have seen, flood damage isn’t just from storm surge and rain collecting in flat lands.  Rainfall that collects on the ground runs down to escape, finding lower areas like creeks, rivers and, you guessed it, basements.  Another way that flooding hits inland communities is through local creeks and streams swelling well beyond their normal limits and finding their way into the yards, basements and even first floors of our ever expanding developments and cities.

Consider this: Winston-Salem, NC, with a population of just over 242,000, has fewer than 1,000 flood policies in force.  And there are high flood risk areas in every single county.  Using Winston-Salem again, huge areas around Peters Creek and Salem Creek are in high risk flood zones.  Another surprising area is Reynolda Road, with many homes along this famous street being in an area that could see flooding.  But even if you aren’t in a “high risk” area, flooding can happen with the right weather conditions, and in just about any season of the year – though it is much more likely in summer and early fall.

Check out the fantastic North Carolina Flood Risk Information System  to find out high risk flood zones in your area.  Most states have these maps, and even states that you wouldn’t expect have their fair share of resources.  Pennsylvania, as another example, has an excellent flood website. 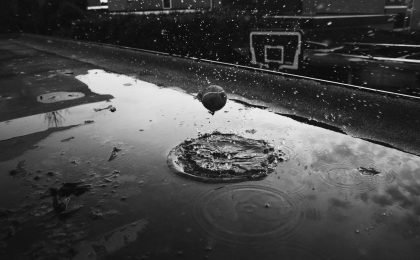 Maybe we should switch to water polo.

Flood insurance is more affordable than you think.

How are flood policy premiums determined?  The basic breakdown is this: the What’s of the property (what size, what age, what type, what condition, etc) and the Where of the property (where is it, i.e. what flood zone is it in).  The usual result is anywhere from a couple hundred dollars a year for a low risk property to around a thousand for a high risk property – but keep in mind these are estimates.  Massive, oceanfront homes can be very pricey to cover, but in order to buy one you are usually required to have flood coverage.  The higher the risk, the higher the premium, but the more you need it.

The good news is that most of us live in lower risk areas and can afford to buy flood insurance for a very reasonable amount a year.  It really is a part of our risk portfolio that we can’t afford to ignore. 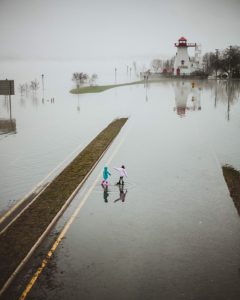 Didn’t we have a yard before?

Let’s stop kidding ourselves.  Flood insurance is something that any responsible homeowner needs in the modern world.  Fill out the form below to find out how affordable flood insurance might be for your home.  And if it keeps on raining, you’re going to need it.