As the owner of Winston-Salem based Alliance Insurance Services, and president of our State Association, I feel it is of the utmost importance that readers of the Winston-Salem Journal be informed about an upcoming bill that could come up for a vote in the House Insurance Committee next week.

Right now, State Insurance Commissioner Wayne Goodwin has the authority to set a cap on the rates charged by insurance companies. The proposed bill would allow insurance companies to bypass the state cap. Goodwin is concerned that with the cap removed, there would be very little he could do to stop rates from increasing in North Carolina.

Therefore, I stand with Commissioner Goodwin and strongly OPPOSE this so called “Good Driver Discount Bill. ”

This bill is primarily being driven by a group named Fair NC. They believe that the North Carolina auto insurance system MUST be reformed, yet not a single domestic insurance company supports this bill.

In fact, North Carolina has the 6th lowest auto insurance rates in the country.

I urge everyone  to let their legislators know they oppose the inappropriately-named “Good Driver Discount Bill”. 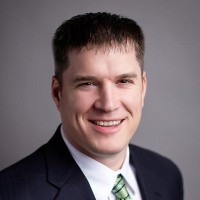