How to Hold Your Liquor Liability Insurance

Why do breweries need Liquor Liability?

I mean, you aren’t making liquor, right?  You’re making beer, and delicious beer at that.  But as most of you know, if you serve alcohol to the public, you have to have Liquor liability insurance.

Schedule a time to talk.

Liquor liability is one of the primary coverages that make up a complete Brewery Insurance policy.  It is a coverage that protects breweries, wineries, distilleries, bars and restaurants from the responsibility for the actions of those that drink in their establishments.

If that sounds confusing, don’t worry – we will break it all down, give you examples, and walk you through exactly what you need to know about this very important coverage.  And we’ll help you know how much you need. 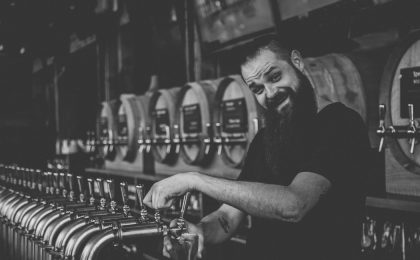 I’m liable to get you drunk.

It may seem cool to be able to hold your liquor (and if that means taking steps to avoid being drunk, then by all means encourage it).  But the simple fact of the matter is that if you serve alcohol, someone at some point is going to drink to much.

If you serve them, and they do something stupid, you can be on the hook for the bill.

It doesn’t sound very fair, but it happens all the time.  The classic example is drunk driving.  According to the CDC, driving while impaired kills 29 people every day in the United States.

And overall costs of impaired accidents is greater than $44 billion dollars.  Think about that.

If you are in our backyard of North Carolina, you may think drunk driving isn’t that common.  Turns out that 1.4% “report” driving after drinking too much.  There are two ways of looking at that.

First, that is only the number of people that reported drinking and driving.  The real figures are obviously higher.  And second, that means two out of every three hundred people who drink at your brewery are definitely, for sure drunk.

I’m sure you train your staff on how to avoid serving inebriated guests – and that is vitally important.  If you don’t, start immediately.  But even if you do, some people are better at hiding their level of inebriation.

And not only that, but with the legal limit being 0.08%, a person could get involved in an accident and discover they are over the legal limit after only a couple of drinks.

And they could easily be looking for someone to blame for their mistake.  Websites like these make it easy for a patron-turned-drunk-driver to find a lawyer that will be more than happy to sue your brewery. 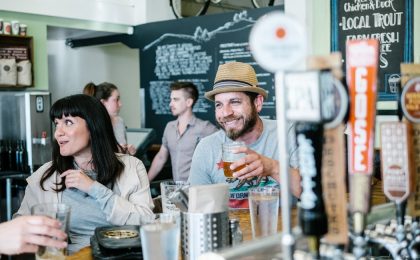 As I mentioned in my St. Patrick’s Day blog about three common risks for bar owners, two other types of accident that happen when people drink are bar fights and slipping or falling.  Both can happen without alcohol, but the key for liquor liability is if the patron has been drinking before the act.

Look at fighting.  A brawl breaking out in your taproom is a major bummer, and it can also be a major liability in a number of ways.  Most fights end up between bouncers and patrons, but even bartenders or brewery staff can be involved.

And that’s obviously a problem.

But if the person fighting is intoxicated, and they can blame over-serving as the reason they became angry, then they can take you to court.

Let’s do another example.  Again, we will talk about our home state of North Carolina.  College basketball is pretty serious business here, and a game between Duke and UNC is about as serious as it gets.

If a Duke fan and a Carolina fan are drinking at your brewery while watching a game, and they get into a fight, they aren’t suing the universities if someone gets hurt.  They can sue you though, especially after the seven Mountain Fudge Cream Stouts that Mr. Carolina plowed through in the first half. 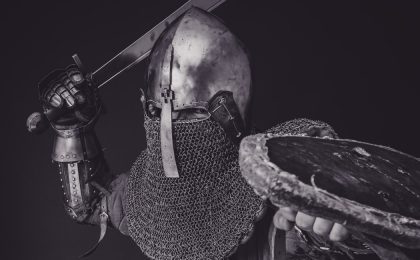 I’m calling you a cab, Larry.

The same goes for someone tripping, slipping or falling in your bar, taproom, brewpub or restaurant.  People trip or fall and sue business owner’s all the time – it’s one of the most common General Liability claims.

But if they are drunk, and they got that way by trying several of your brand new Citra Lemon Raspberry Beret Princely IPA (feel free to use that), then you could be on the hook for any damages that happen as a result of the fall.

The lesson here is that anyone can blame you for anything that happens if they became intoxicated at your brewery (or bar, etc.).  So having liquor liability is an absolute must. 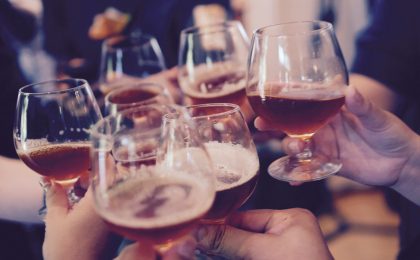 A flight for our sixth bar in a row!

Let’s wrap it up.

If you serve your beer in a tasting room, front bar, taproom or brewpub, you have to have liquor liability insurance.  I’m sure you have a well trained staff who never, ever over-serve your customers.  But accidents happen.

And American’s love to sue one another.

Whatever limit of liability you have on your current liquor liability policy, I would recommend doubling it.  If you end up responsible for a drunk driver who causes one of those 29 fatalities a day,  you may be on the hook for over a million dollars in pay out.

That is not a typo.

Make sure you have ample coverage in liquor liability and stay protected from a risk that, more often than not, isn’t even your fault.

And if you don’t know how much coverage you have, or why you have what you do, then we need to talk.

Fill out the form below or call (336) 377-9003 and let’s get you in touch with a commercial expert here at Alliance to go over your brewery with you.  The last thing you need is to have a disaster with the wrong policy, and all because you didn’t want to have a five minute conversation or type your name and email into a website.

And while you’re here, check out our other blogs on brewery insurance.  Or check out our YouTube page for our Brewery Series videos.