Breast cancer is an uncontrolled growth of breast cells. To better understand breast cancer, it helps to understand how any cancer can develop.

Cancer occurs as a result of mutations, or abnormal changes, in the genes responsible for regulating the growth of cells and keeping them healthy. The genes are in each cell’s nucleus, which acts as the “control room” of each cell. Normally, the cells in our bodies replace themselves through an orderly process of cell growth: healthy new cells take over as old ones die out. But over time, mutations can “turn on” certain genes and “turn off” others in a cell. That changed cell gains the ability to keep dividing without control or order, producing more cells just like it and forming a tumor.

A tumor can be benign (not dangerous to health) or malignant (has the potential to be dangerous). Benign tumors are not considered cancerous: their cells are close to normal in appearance, they grow slowly, and they do not invade nearby tissues or spread to other parts of the body. Malignant tumors are cancerous. Left unchecked, malignant cells eventually can spread beyond the original tumor to other parts of the body.

The term “breast cancer” refers to a malignant tumor that has developed from cells in the breast. Usually breast cancer either begins in the cells of the lobules, which are the milk-producing glands, or the ducts, the passages that drain milk from the lobules to the nipple. Less commonly, breast cancer can begin in the stromal tissues, which include the fatty and fibrous connective tissues of the breast.

Over time, cancer cells can invade nearby healthy breast tissue and make their way into the underarm lymph nodes, small organs that filter out foreign substances in the body. If cancer cells get into the lymph nodes, they then have a pathway into other parts of the body. The breast cancer’s stage refers to how far the cancer cells have spread beyond the original tumor (see below).

There are steps every person can take to help the body stay as healthy as possible, such as eating a balanced diet, maintaining a healthy weight, not smoking, limiting alcohol, and exercising regularly. While these may have some impact on your risk of getting breast cancer, they cannot eliminate the risk.

Developing breast cancer is not your or anyone’s fault. Feeling guilty, or telling yourself that breast cancer happened because of something you or anyone else did, is not productive. 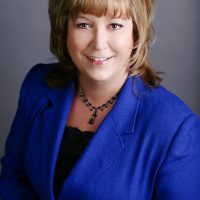