Most dealers and mechanics try not to think about auto theft.

It’s the dark side of the auto industry, the dirty secret that no one wants to think about.

But cars and trucks are one of the most targeted stolen pieces of property that there are.

In 2017, there were 773,139 vehicles were stolen in the United States.  That’s a staggering amount, and it has only gone up in the last three years.

Most of us know someone who has had a vehicle stolen, or have even had it happen to us.

But I know most of you are reading this and thinking, “Okay, this stuff is all true, but why is he telling US this?  We sell or work on cars.  Car theft is a personal issue.”

Oh how I wish that were true.

When it comes to people in the auto industry, auto theft usually affects you in one of three ways.

So let’s get into it, but let’s start first with the myths about auto theft and how they can hurt you. 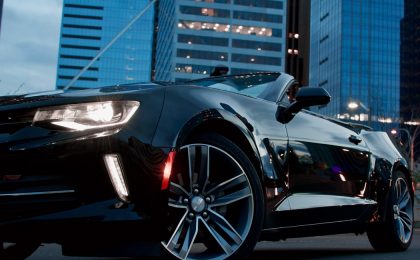 There are some surprising myths that still linger about auto theft.  Let’s tackle some of them.

The first is the Myth of Location: that auto theft is a big city problem, usually around cities on the coast.

This is absolutely not true anymore.

In fact, only one of these cities is on the coast, and surprise, it isn’t one of the cities in California.  Only Anchorage, Alaska is on the water.  The rest of the California cities are inland, most in the agricultural Central Valley.

In fact, since 1967, the state of New York has seen a DECREASE of over 85% in auto theft.  The myth that auto theft is a big city issue is just not true.  Mid sized cities in economically challenged areas are the main drivers now for this risk. 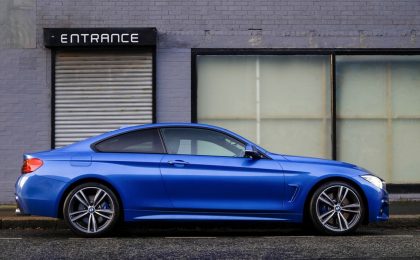 The other myth we will debunk is the Myth of Technological Security: that technology and car alarms have made auto theft a thing of the past.

Unfortunately this is simply not true.

According to the Insurance Information Institute:

Despite the reduction in vehicle thefts over the past two decades, industry observers caution that thieves constantly devise new and sophisticated means of stealing autos. Tactics include acquiring smart keys, which eliminated hot-wiring to steal cars; switching vehicle identification numbers; and using stolen identities to secure loans for expensive vehicles.

While we think of criminals as being stupid and making bad choices, the fact of the matter is that they can be very smart.  All that technology protecting the car? They just steal the keys.  Or duplicate them.  Then click – doors open, ignition cranked, car gone.

So now that you know that this can affect you anywhere, and that new tech features can’t stop it, let’s look at how it affects you as an auto professional.

Stealing Vehicles from Dealers and Mechanics

This might shock you, but cars and trucks are stolen from auto dealers and auto body shops regularly.

These thefts span the entire range of dealers and mechanics, from huge, coordinated thefts of hundreds of high end cars from luxury franchise auto dealers to a forgetful mechanic leaving a newly fixed vehicle up front with the keys in the ignition.

And while personal auto theft is well tracked and documented, theft from dealerships and body shops is much harder to pin down.

There is not an easy list of statistics for dealership theft, though there is a long list of incidents that come out regularly.  The problem is that these issues remain local, and each locality assumes (often based on the myth of location I reference above) that this isn’t a problem that affects them.

Dealership theft can affect anyone, even in the fanciest, safest places.  Santa Monica, Texas, Ohio, and Pennsylvania have all seen crimes reported, some for millions of dollars in vehicles lost.

Most of these are professional thieves.  They can come from out-of-state, scope you out, steal keys when your overworked staff aren’t looking, then take off with the vehicles.  Or do the same thing at night and drive off with dozens of cars at a time.

And of course we have all heard of the theft of tires from dealerships, like this now sadly infamous dealer in Louisiana who saw 124 wheels stolen IN ONE NIGHT.

So believe it can happen to you.  If you’re a small dealer, you probably have very little security or staff to deter such theft.  And if you’re big?  Well, you’re a big target with lots of inventory.

So make sure you are aware that this can happen to you.  Auto theft is a very real risk for franchise and non-franchise dealers alike.

With mechanics, auto theft is usually a crime of opportunity.  As you know well, it isn’t uncommon to walk by a body shop and see cars all over the place, some newly fixed or waiting to be worked on.  And some have the keys in the ignition.

Or, after hours, a lot of shops have the vehicles they are working on in the shop’s lot, out in the open.  These cars aren’t unlocked with the keys in them, but criminals know that the keys to them are usually just a broken window and a lock box away.

One of the biggest issues with these kinds of risk is that they are usually worse for the smaller shops.  If you only have one or two employees and you are working on several cars, it is impossible to watch all of them at once.

And, regardless, you are responsible for that property.

That means that, believe it or not, you can be SUED if someone steals a customer’s car from your shop.

That’s right. If a customer believes that it is your negligence that led to their car being stolen, they can take you to court for damages.

So auto theft is a big deal for auto body shops.  Disagree at your own peril. 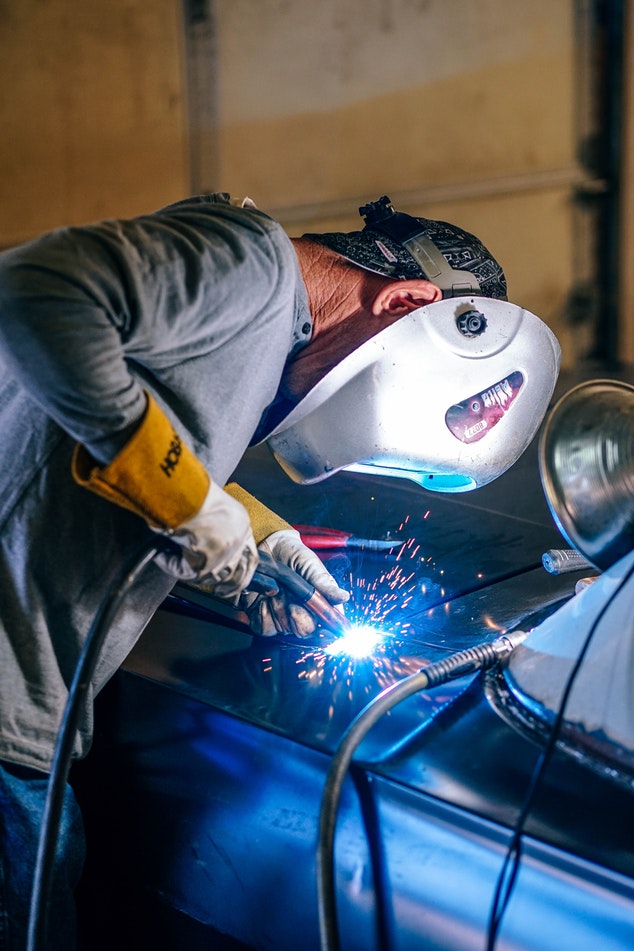 I know, I know, you aren’t running a chop shop.  (Brilliantly explained HERE by our friends at Trusted Choice.)

But believe it or not, this is a real risk.  Someone brings a car to you to fix or to buy, and it is stolen.  And you have no idea.

Most of us have procedures in place to make sure we are dealing with the registered owner of the vehicle.

We run the VIN through something like VINCheck to make sure that the car isn’t registered stolen.  We check IDs and verify the identity of the owner.  In other words, we CYA.

But accidents happen.  Or maybe it’s too good of a deal to pass up.

But it could cost you.  Big time.

Anyone who works on, buys or sells stolen cars or trucks open themselves up to lawsuits and criminal charges.

No matter how good a deal is, or how well you know someone, always protect yourself and verify every vehicle that you or your business doesn’t own.

Does Garage Insurance Cover Me?

No matter if you are a dealer or a mechanic, your Garage Insurance policy will protect you if a vehicle is stolen regardless of whether you own it or it is simply in your care.

Garagekeepers Coverage will reimburse you for cars lost or damaged due to theft.  Period.

And if you are sued as a result of this theft, you will be covered by your General Liability or Garage Liability, depending on the situation.

One warning though: If you are knowingly engaged in criminal activity, your insurance WILL NOT cover your legal expenses.

Insurance can cover negligence, such as accidentally leaving the keys in a customers car and it being stolen.  But insurance NEVER covers criminal negligence. 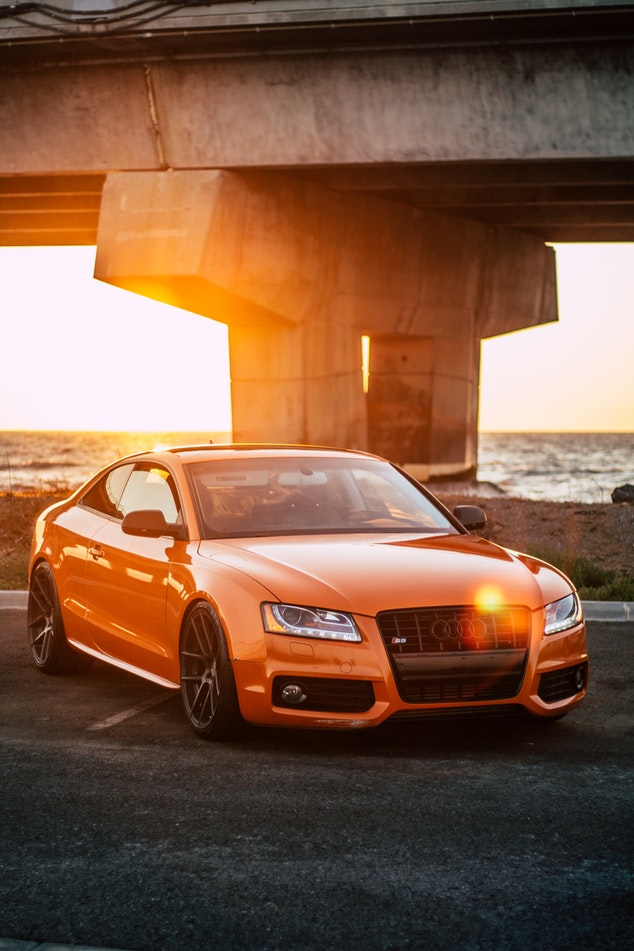 After reading this, are you confident that your business can handle a big theft?  Or even a simple keys in the ignition fiasco?

Maybe it’s time to let someone new look over your policy and see if you’re protected from everything that could happen.  And with the right amount of protection.

It’s always a good idea to talk to someone like a Garage Insurance Expert here at Alliance Insurance.

We can go over your policy and show you the gaps and problem areas, making sure you’re fully protected.

We will also never recommend something you don’t need.  Ever.

So what are you waiting for?  Let’s get started.