Owning and Insuring a Rowhouse

The Rowhouse: An East Coast Classic

For about as long as there have been colonies and states on the East Coast of North America, there have been rowhouses.  The rowhouse is a simple, elegant solution to family housing in cities where space is at a premium.

It should come as no surprise then that we find them in cities such as Philadelphia and New York City, cities built on peninsulas between two rivers.

Examples are also in Baltimore and Washington D.C., as the style helped to create a tight urban center close to the heart of each city: the harbor in Baltimore and the federal buildings in D.C.

Rowhouses (or rowhomes, row house, take your pick) are also found in Boston, Chicago, and other older cities.

The rowhouse comes with it’s own set of strengths and weaknesses, and differs in many ways from the typical single family home in the rest of the United States.  Some of the differences are obvious, while others are more subtle than one might think.

And these differences lend themselves to different kinds of risks, or at least greater chances of different risks, than their yard-and-picket-fenced neighbors in the suburbs.

Let’s look at what those differences are, and see how best to protect and insure against them. 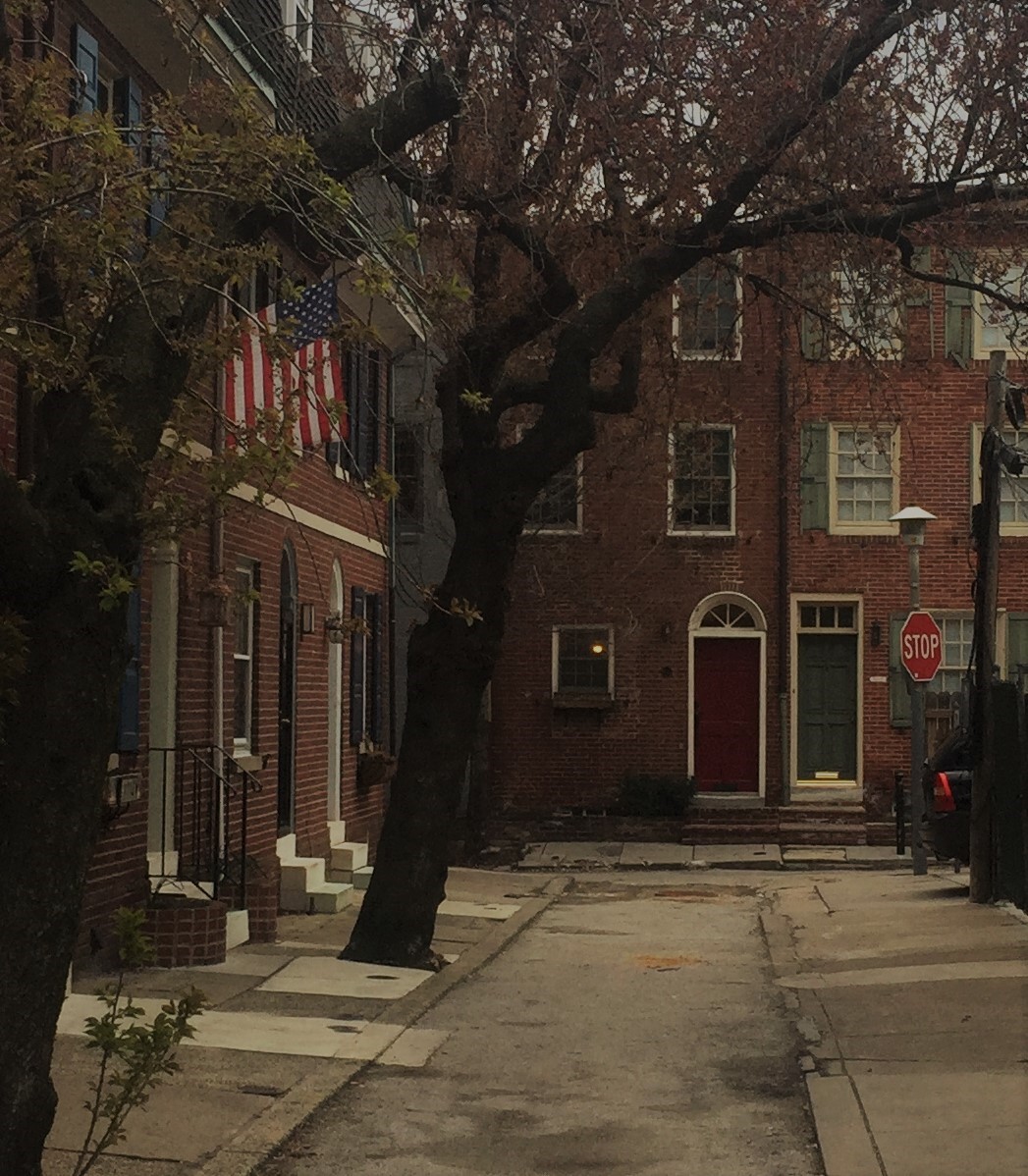 As a general rule, rowhouses are old – at least by American standards.

It is not uncommon to find an entire neighborhood of rowhomes that are at least one hundred years old.

In the Society Hill neighborhood of Philly, it is not uncommon to see little signs in the windows to show what famous American owned the home in the 1700-1800s – or even that it was an important stop on the Underground Railroad.

Not all rowhouses will have some historic designation, and not all were built in the fresh aftermath of colonization.  But, if you do have one, it is probably older than fifty years, and being one hundred years old is common.

There are some serious advantages to these older styles of construction.  Walls are typically sturdier than your average newly built house, and the foundations are more solid as well.

Many have brick-on-brick walls – and these often give you serious discounts to your homeowners insurance since they are more flame resistant than brick-on-frame or other mainly wood walls.

As a general rule of thumb, all construction materials were larger, more durable, and made to last.  These houses will stand the test of time.

They will also, however, often have issues depending on how well-kept and maintained they have been over the years.  It is not at all uncommon to find water leakage, mold, out of date plumbing and electrical, cracks in the roof and foundation, and even leaning walls.

Like any man-made object, if it is not given the proper repairs and upkeep it will deteriorate and eventually fall apart.  Also, note that none of these issues are covered under a homeowners policy.

These are problems due to wear and tear, and not a sudden event that has happened to your home.  Also, if you buy a home with issues of any cause whatsoever, you have little choice but to accept them.

You cannot buy a house and turn in a claim on your new homeowners policy, even if lightning struck before you bought it.  So be careful what you buy, and protect the valuable things in your life – especially if it is as old and special as a classic rowhouse. 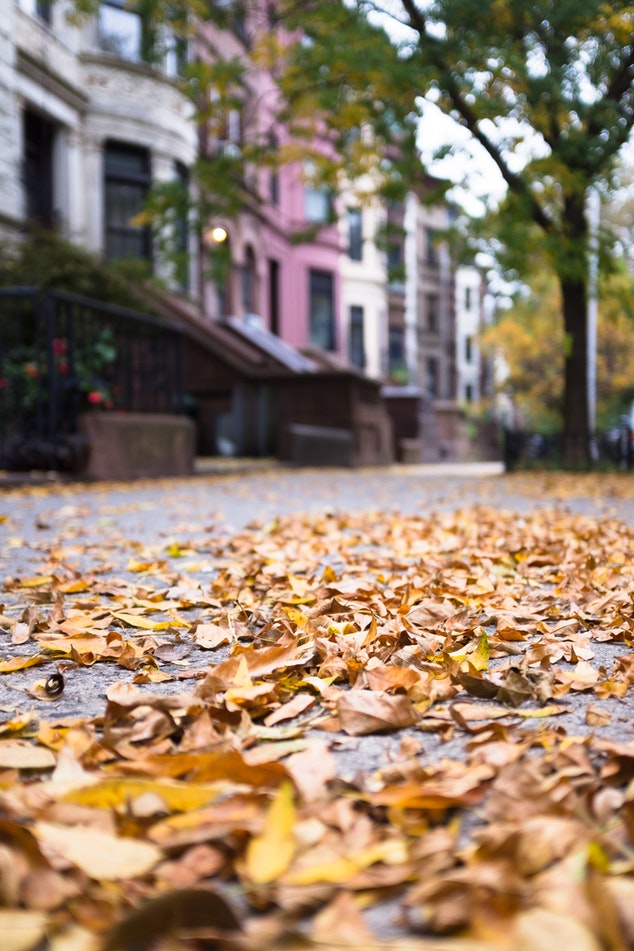 Leaning on each other.

Another of the major differences with rowhouses is that they lean on one another – literally.

Wall-sharing is a classic part of what makes a rowhome a rowhome; after all, being connected in a row is how they got the name.

Like townhouses, you are much closer to your neighbors than your friends in the suburbs or out in the country, but not quite as close as the apartment you used to live in.  Luckily, rowhouse walls are a little different.

Like we said before, older construction materials tend to be more durable and sturdier.

For your shared walls, this leads to less noise coming through and greater temperature retention.

Be thankful for that pile of bricks between you and your friendly but loud family next-door.  It can come in handy.

Of course, it can also be limiting.  You won’t be putting a new window in or expanding your kitchen through your neighbor’s house.

Any decision about changes to a rowhouse are either down, up or  back – as in the back patio, or yard, or I-can-barely-stand-here-and-not-fall-in-the-alley space, depending on your particular home and lot size.

Most people either put in finished basements, or roof decks, or even push their house into the back landing in order to maximize the lot that they have.

Making changes to these lovely older homes with their charming but limited space can be daunting.

Replacing floors can be like performing an archaeological dig, with layers of previous families coming up with each level of carpet, under-carpet, linoleum, adhesive, and then the original pine – I mean, that’s probably the original and I’m tired of digging.  And don’t take my word for it –

No, strike that, absolutely take my word for it. 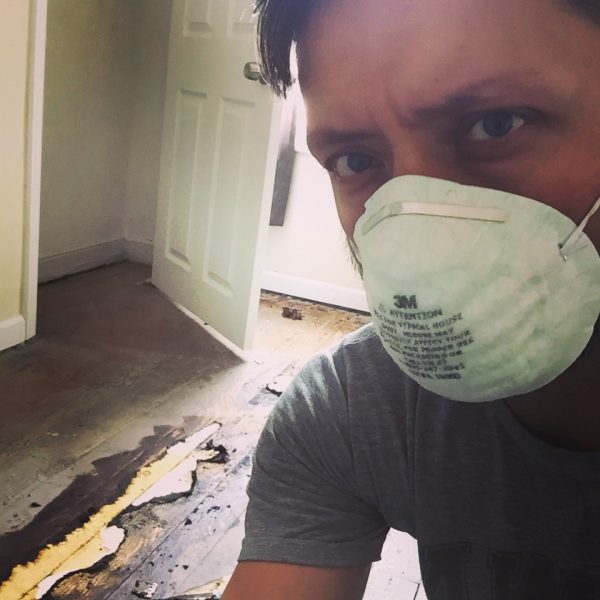 I love the smell of asbestos in the morning.

In order to maintain the character of the home, special items or construction materials may be needed to keep the original feel and likeness of the rowhouse.

Remember, this goes for your insurance valuation too.  As I’ve said before in my blog on What Your Home Is Worth, homeowners insurance is based on replacement cost, not market value.

Having these older materials and construction features such as solid wood doors, brick-on-brick walls, old wood floors, plaster walls and thick floor beams means that your value will be higher than the newer built house across the street.

Insurance replaces like for like, so a company bases how much coverage you need on how much it would cost to return you to your original state.  In the case of older homes, that means replacing those original plaster walls or wood beams with as close to the original as possible.  And that can be expensive.

So don’t flinch when your insurance agent shows you a coverage amount that is $100,000 over market value.  Remember, if your home burns down and you build it back, you’ll want the money it would take to get it back the way you left it, and not some cheap imitation.

Look at it the same as you would scraping the old linoleum flooring by hand – difficult but worth it.

Living in an American treasure.

If you live and walk around in a city that has entire neighborhoods of rowhouses like New York or Philly or D.C., it can be easy to miss the forest for the trees.

We tend to get used to whatever we see regularly, and when we live and walk past rowhouses daily, they can lose their charm.  It can be easy to forget that rowhomes are an American treasure.

They are as much a way of living communally with one another as they are an architectural style.  They create a cozy, walkable feel to a neighborhood without losing that city sense of closeness and convenience, but retain a friendly warmth that no apartment building can match.

Neighbors feel like neighbors, streets feel like an extension of your home, and a new person or family moving in on your block becomes much more intimate than getting a new flatmate, or even a new family on your cul-de-sac. 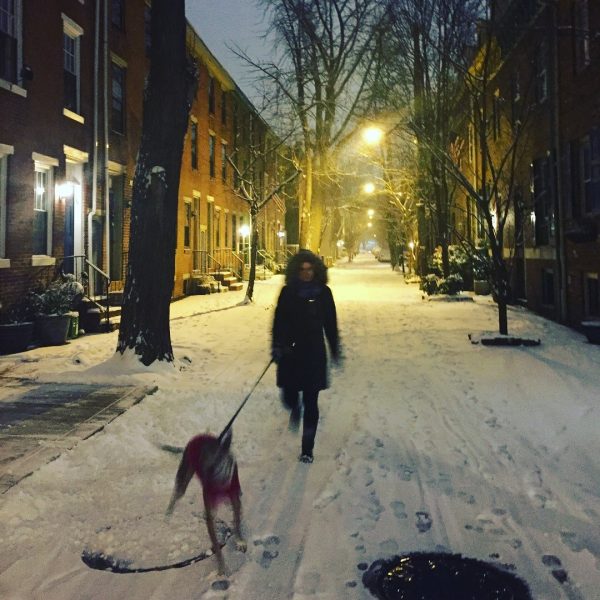 Cozy in the snow.

So treat your rowhouse right, and use the resources at your disposal to make sure you are giving it the care it deserves.  Check your local city for guides or books on how to own a rowhouse – in Philadelphia the city helpfully created this Rowhouse Manual.

Local publications may also have articles with helpful hints such as this gem from Philadelphia magazine.  And work with real estate agents and contractors who know and love rowhouses as much as you do, like the Pearce in Philly team or Hudson Hardwood Floors.

And, of course, insure your home the way it deserves to be insured.  Make sure your agent knows the difference between a rowhouse and a townhouse, that they understand the complexities of 100 year old houses, and that they appreciate how complicated a claim might be – such as if lightning strikes and your newly flipped rowhouse still has old electrical work.

‘Take the time to value your home correctly, making sure you have adequate protection for both the home and your personal belongings.  It also wouldn’t hurt to add extra liability protection, as you never know what you might need in a bustling metropolis with trial lawyers on every billboard.

Your rowhouse is a national treasure.  Yes, yours.  Let’s take care of it the way it deserves.

You can start by talking to one of us at Alliance about your rowhouse.  Values are still changing rapidly in Philadelphia, while in New York they have been sky high for years.  It’s time for a review to make sure you are getting the right amount of coverage to match what it would cost to rebuilt – not what a developer would pay to take it off your hands.

Click the button to schedule a time to call or fill out the form at the bottom of the page.  It’s really that easy.  So, are you ready?