This phrase is all too common in our industry – but it doesn’t have to be.  Part of what we do as insurance agents is tell you what a policy (like Homeowners) covers to keep you safe.

But that shouldn’t be all we do.  You need to know what a policy does NOT cover so you can be aware of the gaps in coverage and decide if you want another policy to bridge that gap.

Or if you’re just going to risk it.

So what am I talking about?  Let’s get into what your Homeowners policy doesn’t cover and get you all caught up. 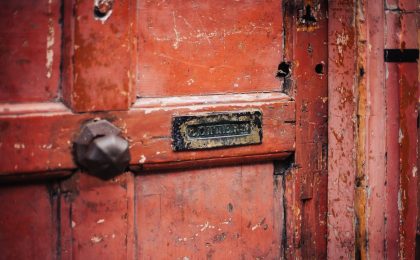 Once this door falls down I’ll file a claim.

I’ve been over this extensively in another blog, so I won’t bore you with more details.  But I still need to mention that wear and tear, or the gradual breakdown of your home, is not covered by your homeowners policy.

So things like rot, aging, gradual water damage from a leak, and equipment breakdown are all examples of this.

If you’ve got a leak or a roof that’s about to collapse, and you think your homeowners policy will take care of it, you’re in for a rude awakening.

Try a Home Warranty instead.  Those offer lots of protections for these kinds of risks. 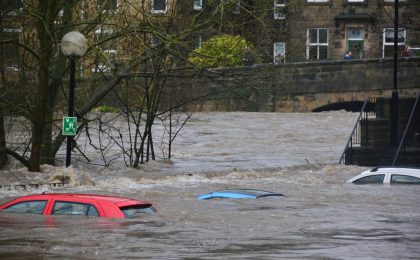 Flooding is not a “covered peril” in insurance.  What does that mean?  It means that if flooding damages your house or belongings, your homeowners policy will not pay for the damages.

What exactly is flooding, then?  Flooding is when a body of water rises and water invades and damages your property.

If heavy rain causes a nearby creek to rise and water gets in your house, that’s flooding.

If a high tide and a storm make the ocean swell and water damages your garage and car, that’s flooding.

Water damage is NOT flooding if the initial cause is something that is covered.  So if, for example, lightning puts a hole in your roof, and rain soaks and damages the floor of your house, that would be covered since the water was caused by the lightning strike – a covered peril.

Of course Flood Insurance is it’s own thing, and if you don’t have it you should seriously consider getting it.  It isn’t expensive, it’s federally backed, and flood damage happens in places you never think it would.

I hope the beer in the fridge is okay.

Like Flooding, Earthquakes and other “earth movements” are natural disasters that are NOT covered by your homeowners policy.

Like flooding, most people assume that this is something that they will never have to deal with, and in some sense they are correct.  Earthquakes are largely in areas on the West Coast near major fault lines, especially in California (the most seismically active state is actually Alaska).

But earthquakes do happen in every single state.  They happen in the East Coast and there is even a hot spot in the Appalachian Mountains on the North Carolina/Tennessee border.

Virginia had a 5.8 earthquake in 2011 that damaged property and  was felt from NC to Maryland and beyond, causing millions of dollars in property damage and even threatening our national monuments in the capital.

Check out THIS MAP to see local frequencies of earthquakes.  Some will surprise you.

Not only that, but “induced” earthquakes are on the rise as well, with some research indicating that water injection from natural gas and oil extraction helps to cause these quakes. (Good article HERE)

In previously quiet areas like Oklahoma there have been hundreds of such quakes, usually around areas of heavy fraking.

So even if you don’t live in LA, you still may want to consider earthquake insurance.

ENFORCEMENT OF LAW OR ORDINANCE – Not Covered 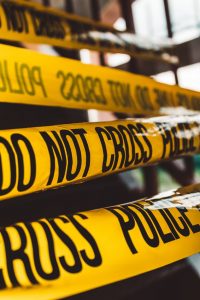 This typically refers to EMINENT DOMAIN, the process where a local government authority needs the land you happen to own for a construction project like a highway.

Insurance does not cover the loss of your home in this way.  However, as part of eminent domain, the government body is supposed to compensate you to make up for your loss.

However, this can also be for something like condemnation or another type of forcible closing.  So making sure you’re home is up to standard and free of catastrophe is a big deal.

But you probably already knew that if you live in it.

MUDSLIDE OR LANDSLIDE – Not Covered 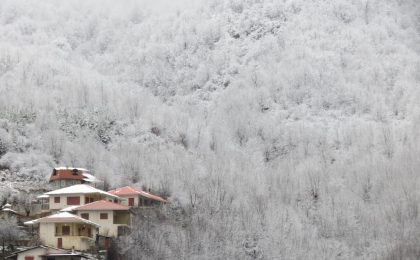 What was that rumbling sound, Francis?

Most people assume that a mudslide or landslide would be covered – if they think about these things happening at all.

But surprisingly they aren’t covered!

Whether you agree with that or not, the fact of the matter is that they aren’t going to be covered by your homeowners insurance policy.  So if you live in an area where things like this happen you definitely need to get either a Flood or Earthquake policy, pronto.

If you’re not sure, there’s no time like the present to schedule a review and make sure you are 100% covered.

Click on the link below and let us know you need a review to see where the gaps are in your coverage.  You may not have the right homeowners policy, or need flood or earthquake to be really protected correctly.

So what are you waiting for?  Let’s make sure you know exactly what your complete coverage looks like, and how we can make it even better.