Why is my premium higher?

No one likes paying more premium.

The answer is the most cliche breakup line ever: “It’s not you, it’s me.”  And by me I mean the world the agent represents, full of insurance companies, claims statistics, and state regulatory bodies.

Simple, right?  Well, let’s look into it a little deeper than that. 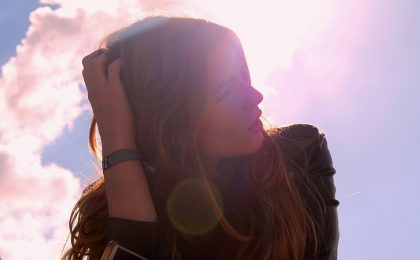 But what even is premium, really?

We all know that if we get into an accident and file a claim, our premium will go up.  The reason for the rise is risk – if you get into a wreck and file a claim, you are more likely to file a claim in the future.  Most of us understand this, even if we don’t necessarily like it.  (If you want to know more about navigating claims, click THIS).

What most customers don’t understand is that OTHER PEOPLE’S CLAIMS can affect you, too.  At first glance, you may think that sounds crazy.  But I don’t mean that if your cousin Billy Ray hits a parked car while doing donuts in the Wal-Mart parking lot then your insurance will become more expensive.  Insurance is based on big, big numbers.  A few claims here and there will have little to no affect to the insurance market at large.  But if there is a sustained trend, and insurance companies are losing money to particular claims in an area, then that will make rates go up.  Are there a ton of vehicles thefts in a certain area?  Auto rates may rise.  Have more teens than usual been involved in bad accidents over the last year?  Expect coverage across the board to be more expensive, even if you don’t have an inexperienced driver on your policy.

Consider the recent wave of hurricane-related claims that have swept the southeast.  This is part of a larger trend, one that has seen weather related claims increase for nearly a decade across the country: fires in the West, flooding in the Midwest and Northeast, and hurricanes and flooding in the South.  All of these claims have caused insurance companies to pay millions in damages.  To mitigate risk and to balance their books, companies raise the premiums on similar risks in the same areas to off-set their losses.  Some companies won’t even sell homeowners insurance in certain areas, as coastal individuals and families are all too aware.

The bottom line is that if there are a lot of claims, insurance companies will raise premiums.

It seems strange to refer to an insurance company’s likes and dislikes as an appetite, but that is the closest word that describes the situation, and is the word used in the industry.  A company’s appetite is best seen as the kind of risk that it prefers to insure, or prefers to avoid.  Some companies specialize in certain types of risks, such as newly constructed homes, or small mom-and-pop businesses (BOP policies if you’re curious).  It all depends on what the company is comfortable writing and where they write business.  Some are small, regional carriers that like the basic home and auto, some are countrywide but prefer only specialized policies like Workers Comp, while others are in every state in the country and will write just about anything they can.  But even those have preferences that change according to what they already have on the books and areas they want to see grow.

The good news is that if your policy does creep up year after year, and it is due to something like an appetite change at your company, there is probably another carrier that would love to insure what you own.  So keep an open mind and have an honest conversation with your agent. 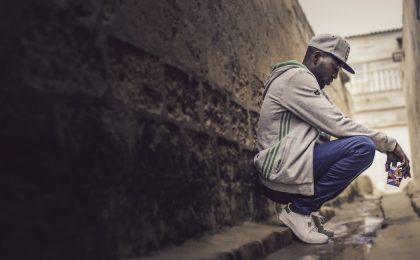 Like them or loathe them, politicians are tasked with overseeing the insurance industry in every state in the country.  The amount of regulation varies as wildly as the landscapes over which they preside – some states have barely any laws at all, while others dictate nearly everything that can happen.  Regardless of how much regulation there is, even the smallest change can affect rates – and some states can raise rates directly.

If the department or bureau (or whatever it’s called) of insurance in your state begins yanking on a loose thread, or tries to “correct” a portion of the industry by raising rates, then you can find a higher premium amount when it comes time for renewal.  This is a perfect example of why you should talk to your insurance agent during your review before your policy renews.  If you don’t, and you just think that your insurance is going up for no reason, you could make the rash decision to go to another company, or even with another agent.  If you do, you’ll find the same higher rates you just left, but in a different package.

Dude.  My premium is getting bigger than my biceps.

Premiums are tricky, but manageable.

Let’s get this out of the way – no insurance agent worth their salt will raise your premium just to make a few cents.  In fact, they can’t, as you would notice the increased coverage or new limits on your policy.  If your premium has gone up and nothing has changed, the odds are that one of the three factors listed above is to blame.  And your agent can’t really affect any of them.

The good news is that an independent insurance agent can work with you to help keep your premium at a respectable level without sacrificing coverage.  And if all else fails and you have to go with a new carrier, you don’t even have to switch agents.  Switching carriers is really a last resort though, as long-term customer discounts and especially package policy discounts can usually offset any increase you get.  Staying loyal to a company and putting all of your policies with them is the real way to game the system, not shopping for new insurance every six months.

Still curious?  Shoot us a message or give us a call.  It’s kind of what we do for a living.